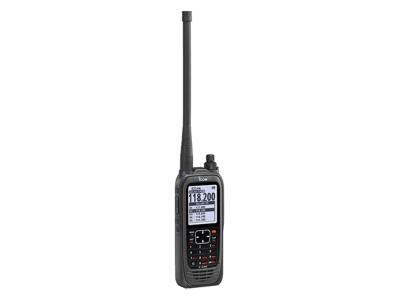 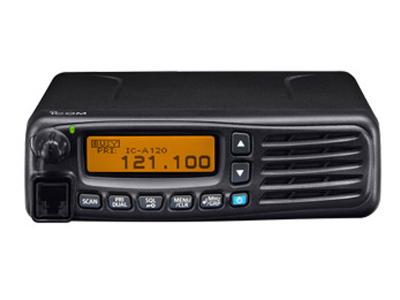 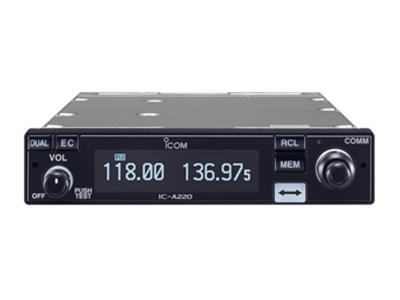 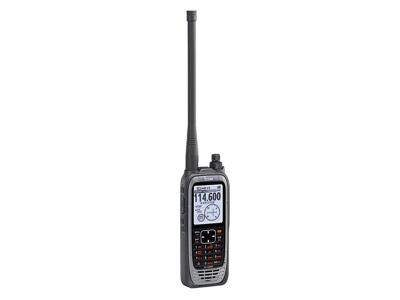 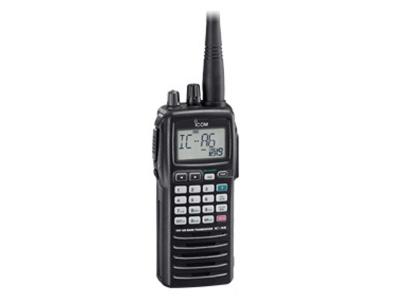 The pilot's favorite handhend is here!

Easy to use while flying

Simple one-handed operation is the most essential feature of the IC-A24/A6. The well labeled, large keypad provides user friendly operation. The large display shows both letters and numbers and is easy to see, making for fast frequency recognition. The display is backlit, and so is the keypad. The light stays on until you turn it off a very handy feature for fl ying at night.

The IC-A24/A6 stores the last 10 channels used. You can easily recall those channels by pushing the “flip-flop” recall buttons on the front panel. It is convenient for switching between several channels, such as NAV and COM channels.

The IC-A24 has VOR navigation functions. The DVOR mode shows the radial to or from a VOR station and the CDI mode shows the course deviation to/from a VOR station. You can also input your intended radial to/from the VOR station and show the course deviation on the display. In the USA version, the duplex operation allows you to call a COM channel, while you are using VOR navigation. (* IC-A24 only)

An external DC power jack allows for operation with the wall charger, BC-167 or the cigarette lighter cable, CP-20. When the battery pack is installed, simultaneous charging during operation is also possible. In addition, an optional battery case, BP-208N, is available.